A metric used to measure the scientific impact based on academic publications.

Educational material for cybertraining for cloud and deep learning 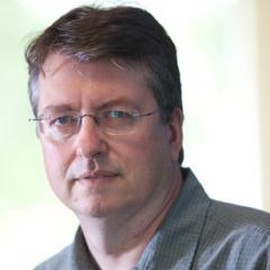 At University of Virginia he us a Research Professor in the Biocomplexity Institute. His current interrests include Multicloud Hybrid Cloud Computing Analytocs Services, MLCommons Benchmarking of Deep Learning Applications, Workflow Management for Benchmarking of DeepLearning Algorithms, and Student Research Project Supervision. He initiated the Cloudmesh project which hybrid multicloud toolkit to enable cloud computing across various Cloud and Container IaaS such as OpenStack, AWS, Azure, docker, docker swarm, and Kubernetes.

He received a Masters Degree in 1990 from the University of Bonn, Germany, and a Ph.D. in 1996 from Syracuse University in computer science. He held a position at Argonne National Laboratory from Nov. 1996 – Aug. 2009, where he was last a scientist and a fellow of the Computation Institute at University of Chicago. During his last two years at ANL he was on sabbatical and an Associate Professor and the Director of an institution at Rochester Institute of Technology, focusing on Cyberinfrastructure.

He provided leadership to interface with the with San Diego Supercomputing Center on virtual clusters for XSEDE comet. He was the co-PI on developping a scientific impact metric fro the longest running hyperformance computing nfrastructure funded by NSF spanning XSEDE, reaching as far back as TerraGrid. Previously, he was the architect of FutureGrid, one of the first successful clouds in US academia. He was previously involved in Grid computing since the term was coined. Before that, he initiated and led the Java Commodity Grid Kit which provided the basis for hundreds of Grid related projects, including the Globus Toolkit.

On popular demand, I have added here some open source project ideas for semester-long projects suitable at various Universities. For larger and other projects, please contact me. This list is created for undergraduate and graduate classes, emphasizing holistic research experiences combining theory, practice, and management skills. The list is only a small sample and is influenced by the classes and their Professors that have contacted me with project ideas for these classes.

Be part of a team to create a kubernetes cluster on a Raspberry pi. At http://piplanet.org we discuss setting up a Raspberry Pi cluster with a convenient burning approach of SD Cards.
Aug 1, 2021 4 min read class

Be part of a team to create a spark cluster on a Raspberry pi. At http://piplanet.org we discuss setting up a Raspberry Pi cluster with a convenient burning approach of SD Cards.
Aug 1, 2021 4 min read class

Be part of a team to create a multicloud natural language processing service. Your goal will be to develop an API, secure REST, and command line tool that easily interfaces with natural language services of multiple cloud providers.
Aug 1, 2021 2 min read class

Virtual directory Be part of a team to create a multicloud virtual directory. Your goal will be to to develop an API, secure REST, and commandline tool that easily interfaces with storage servoces such as file based services and object stores osted on the internet to create a virtual directory that accesses the files by directory name and filename.
Aug 1, 2021 5 min read class

Be part of a team to create home clouds on Raspberry Pis. This project is a mini project and may require additional activities to qualify for a long-term project. Nevertheless, it can be made suitable due to comparison and integration with enough activities.
Aug 1, 2021 5 min read class

Be part of a team to create a slurm cluster on a Raspberry pi. At http://piplanet.org we discuss setting up a Raspberry Pi cluster with a convenient burning approach of SD Cards.
Aug 1, 2021 4 min read class

You may like some of the quotes from students: “Best class I ever took at IU.” “Thanks to you I got a job at a top rated company.
Aug 1, 2021 1 min read class 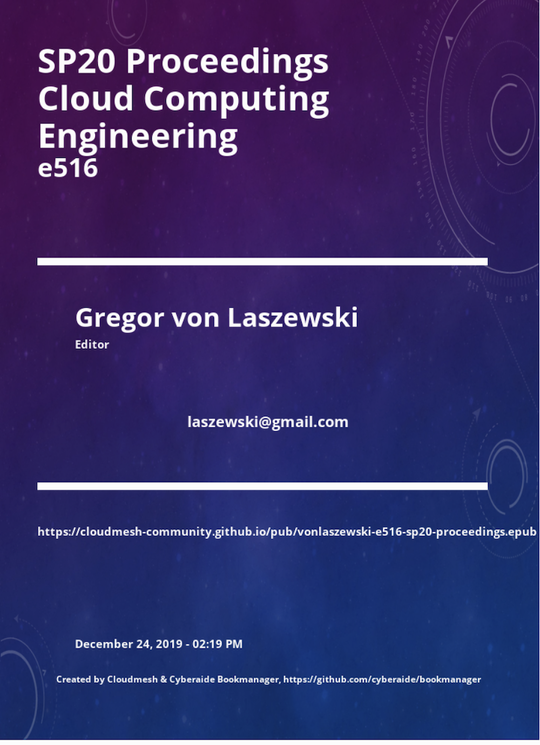 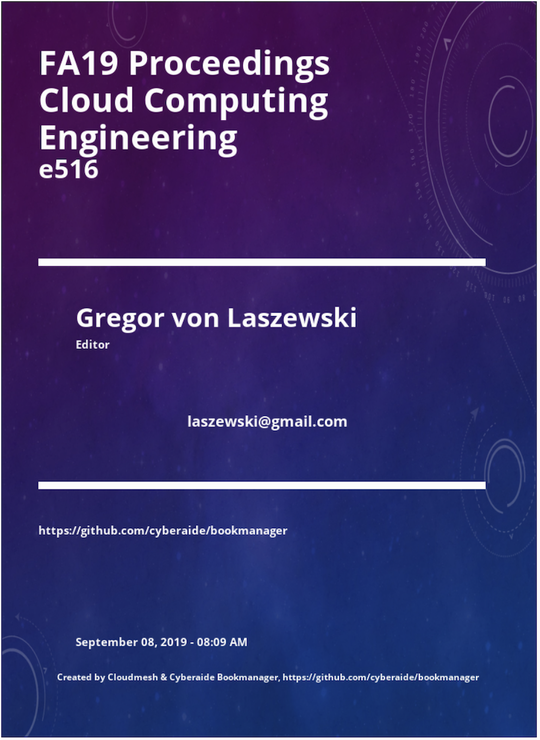 Bookmanager Bookmanager is a tool to create a publication from a number of sources on the internet. It is especially useful to create customized books, lecture notes, or handouts. Content is best integrated in markdown format as it is very fast to produce the output. 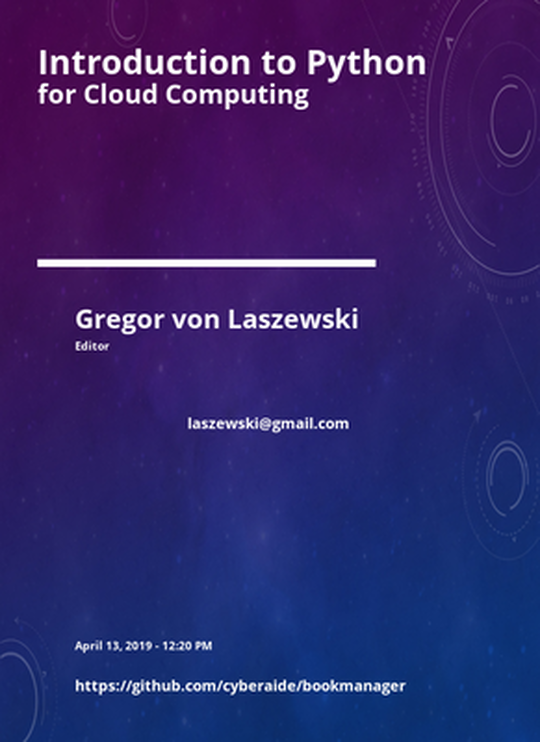 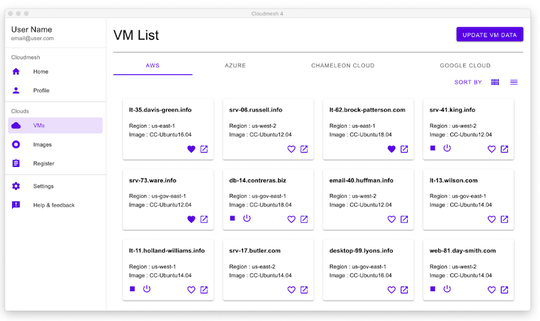 About Cloudmesh enables you to access multi-cloud environments such as AWS, Azure, Google, and OpenStack Cloudsvery easily. To start a vm on AWS you can say cms set cloud=AWS cms vm boot To start one on Azure, simply set the cloud accordingly 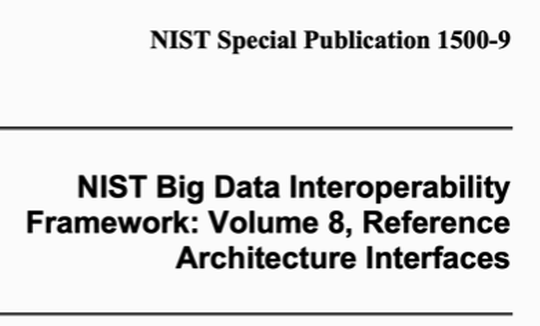 How do I pronounce my lastname?

The pronunciation of my lastname is as follows:

What is my coat of arms? 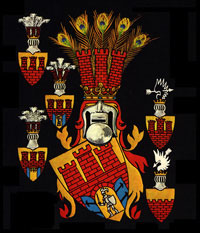 Where does my name come from?

Often I am asked where my name comes from. If you like to know more, please check out the information about the name von Laszewski. However, please note that the information refers to the early use of the name. It is related to a teutonic knight called Zelberschwecht. At one point in history they took on the name of the town Laszewo where they used to live.

How am I fitting in the family line?

To find out more, about the family trees of Laszewski’s please visit: